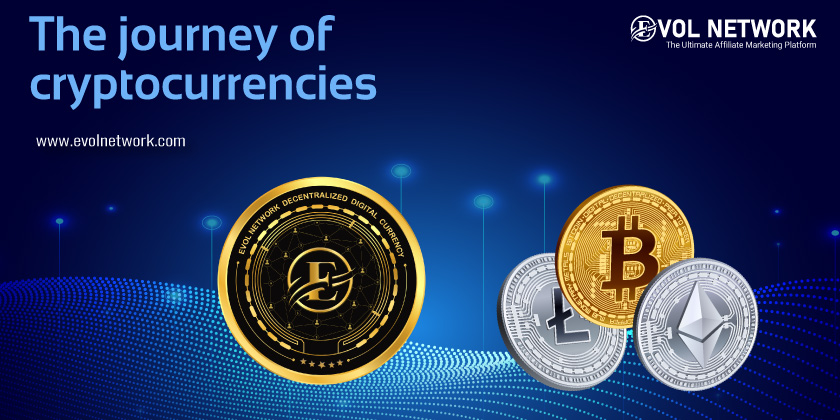 The evolution of cryptocurrency became the need of the hour

The evolution of cryptocurrency became the need of the hour

The first and most prominent cryptocurrency was Bitcoin. Even after more than a decade, the digital currency continues to defy all pessimistic predictions. Cryptocurrencies already have shown the potential to become the replacement for conventional fiat currencies. It could change the financial services scene. So, how did they get so far so swiftly?

Though the idea of online currency predates bitcoin, the defining moment for peer-to-peer electronic cash systems came in 2009. Using the pseudonym Satoshi Nakamoto, an individual or a group publicly released the bitcoin software. The concept was to provide security, protect against inflation, and place the control of money in the hands of the people.

That led to the start of bitcoin mining. Indeed, that later led to the introduction of alternative currencies has been developed to address bitcoin’s perceived shortcomings or accomplish different goals.

Furthermore, Forks such as Bitcoin Cash and Bitcoin Classic got built by manipulating the existing Bitcoin code to reduce correct scalability issues, confirmation times, or transaction costs. At present, there are more than 6,500 online cryptocurrencies.

Initial Coin Offering (ICO) is a fundraising tool used by startups. It makes it simpler than ever to start new cryptocurrencies. Mastercoin held the first-ever ICO in 2013. Several cryptocurrencies have since then started that way. NEO and Ethereum are some examples of the most popular cryptocurrencies created through this means.

Getting accepted and becoming mainstream

Cryptocurrencies are growing in popularity over time. Countries such as Venezuela, Sweden, China, Ecuador, Senegal, Estonia, Tunisia, Singapore, etc., have created their national cryptocurrency or are planning to launch one.

Moreover, the most popular digital currencies seem to be getting increasing acceptance as an expanding list of retailers and services now accept them as payment. Even as positive sentiments continue to grow, the market value of digital currencies could reach $1 trillion this year.

What are the challenges to overcome before acceptance by the masses?

Cryptocurrencies are a convenient store of value, medium of exchange, and unit of account. As they hold the characteristics they do, they have become a reliable form of money. But, some hindrances need to be overcome so that the general public broadly embraces these online-based currencies.

One of the significant limitations to the mass adoption of cryptocurrency is volatility. Merchants are sometimes hesitant to accept cryptocurrencies for payment due to their often fluctuating prices. Other factors that hinder the further adoption of digital currencies include security, scalability issues, and regulatory challenges.

We have developed EVOL Coin, a Virtual Decentralized cryptocurrency. It is ERC – 20 utility tokens designed to function in a blockchain ecosystem. At present, it will operate on Ethereum. As our community grows, we plan to build our blockchain.

We have created EVOL NETWORK to provide marketing for products or services efficiently and cost-effectively while ensuring the highest security.

Visit us at www.evolnetwork.com to take your business to the next level.